The Evasion for Half-Life 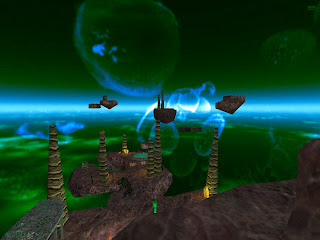 Author's Note
What ever happened to Adrian Shephard after the mysterious G-Man conveyed him to this distant and segregated place?
The Evasion is a modification for Half-Life that takes place a few days after the Opposing Force ending. The player takes control of Adrian Shephard, the unsung hero from the aforementioned game, while trying to figure out a way to get back to his world.
The Evasion isn't a particularly ambitious project spanning only 6 maps (funnily it was supposed to be even shorter, like 3 maps, but I decided to expand it. Looking back I'm glad I did.) but I've always wanted to make a singleplayer modification for Half-Life and this is what I came up with more or less.
The Evasion isn't exactly an original concept either, it were actually born after I tried out Dark Operations, a singleplayer modification for Opposing Force, developed by Barry A Bollinger. It even starts off in a very similar way but the similarities ends once the player reaches Earth.

Design: the back ground story as nothing new and it's the simple approach of most of FPS experience survive and escape, this time the approach is perhaps a little original because you start on a xen world and after return to the center lab were the things will take place. Architecture is well put together by the author it’s not his first experience in mapping so the skill is there, sometimes places seems not that well interconnected and the non linear approach felt a little bit down because most of the time the alternative route are simple dead end route.

You will encounter lot’s of funny thing that are normally present in the original game …it can even be scary and challenging in some places.

It only lack some cutscenes ,a more open wide design that, for my opinion, sometimes suffer from claustrophobic area (tiny places full of detail that let you the impression to be too big to travel through them) and the architecture being sometimes repetitive with the squared crossing giving you a path to different hallways.


Gameplay: Is well balanced perhaps a little bit too easy (but I prefer that) and everything is well put to make it an enjoyable gameplay. From jump to small puzzle, secrets area traps during daylight and nights and with an Opposing force approach regarding weapons and enemies. The ending is also original…the fact that there are for me too much hallways is perhaps the only negative point witch is not hopefully frustrating because there is no possibility to be lost somewhere

In conclusion: Even if after playing this one I had a mixed filling, Tobias release a quite enjoyable experience in sort of Opposing force style but for HL, it’s a short but recommended experience but without an overflowing enthusiasm. 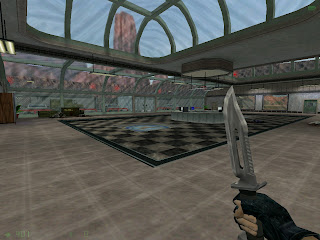